Learn the Story of Rise Up And Where It All Began

Phil is from the island of Barbados, and after studying in the UK and several years of traveling the world, he chose to call Nicaragua his home because of its amazing waves, incredible nature and most importantly the great vibes of the people. Before Rise Up, Phil volunteered for a sea turtle project on the southern coast of Nicaragua and after a couple of years he eventually took over a hostel in Leon called Bigfoot, which he owned and managed for 4 years.

Soon enough, Rise Up formed organically in 2009 from Phil’s love and passion for surfing, nature and for sharing good times and adventures with people. What started out as a group of friends getting together to share good times eventually picked up to a point where people were joining from all over the world. The name came to Phil during a morning surf session at a beach break that would later become the first Rise Up location. The video below shows a bit more about the original inspiration. 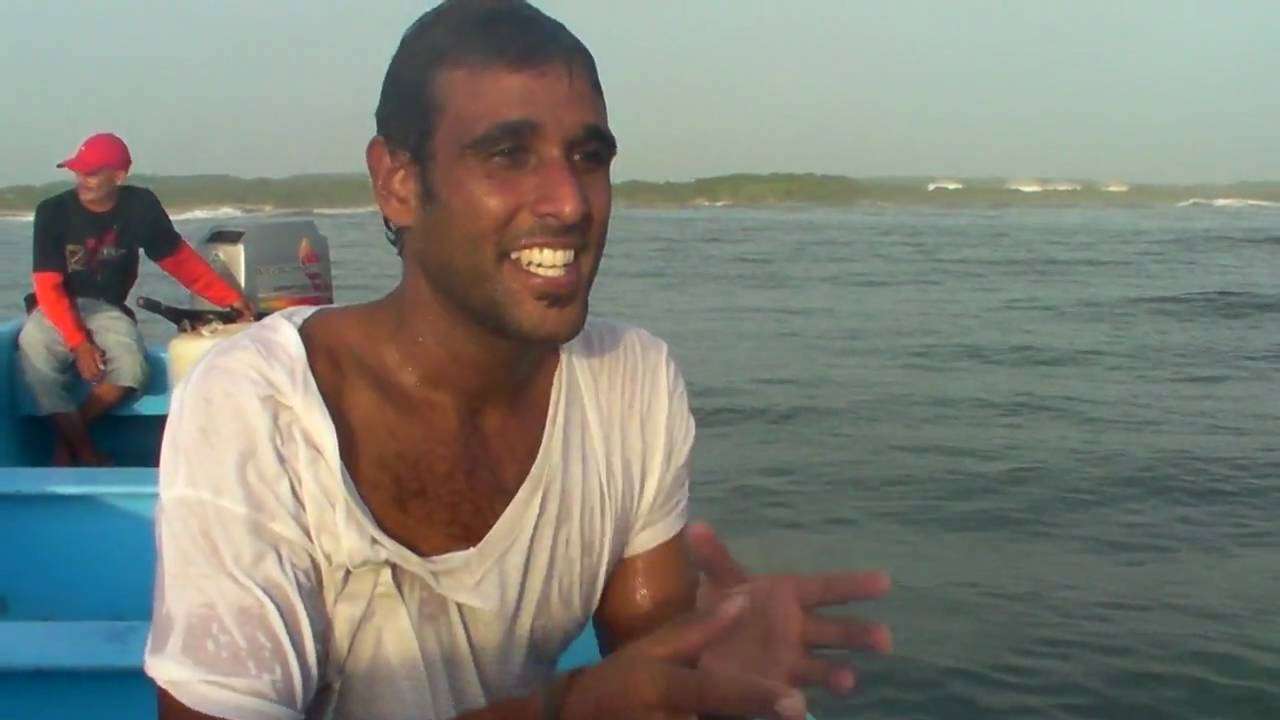 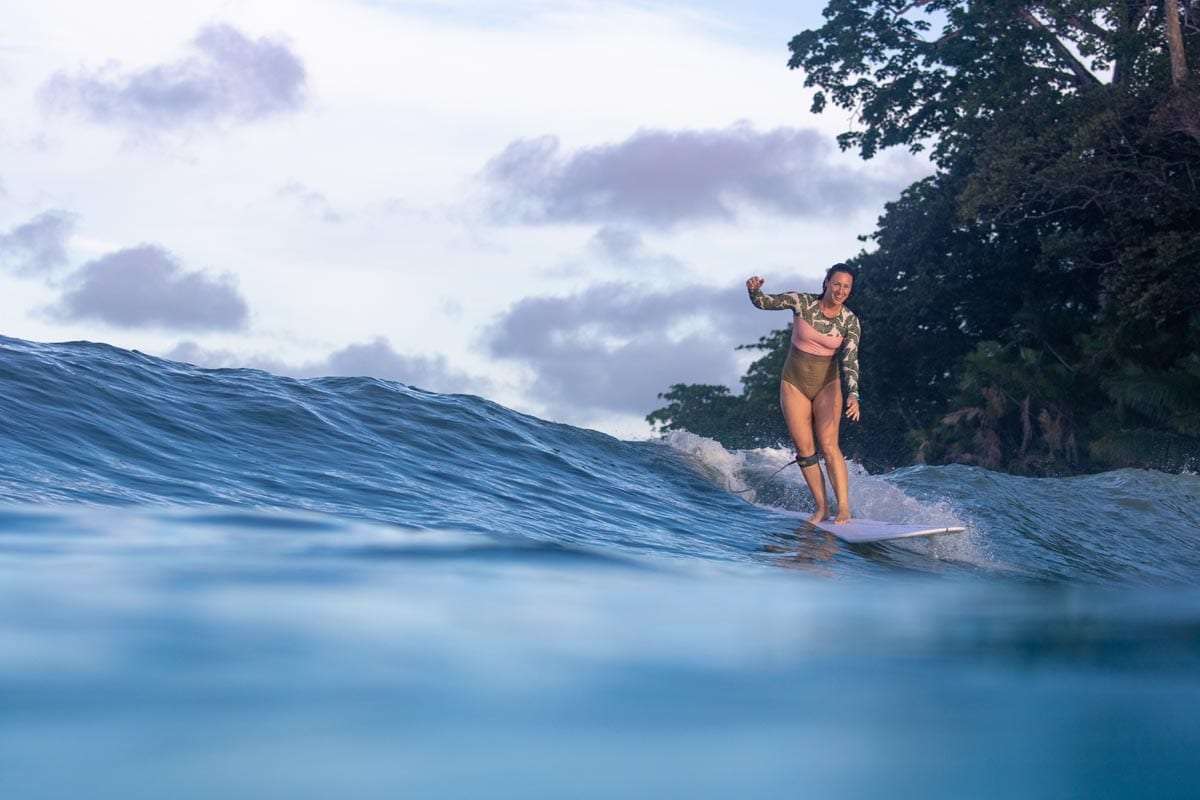 Creating Rise Up and seeing it evolve has been an incredible journey that includes so many amazing people and has been transforming for so many. Along the way, Phil and the crew have been lucky to surf and explore all corners of Nicaragua, building a local knowledge that is unparalleled.

The most important part of the journey of Rise Up to date was when Phil met Corina in 2014. They met thanks to the first Swiss guest who came to Rise Up who put Phil and Corina in touch in the hope that Corina would stay as a guest. At the time Rise Up was closed but luckily it was meant to be and their paths still crossed one morning in the surf. Today, Corina, Phil and their beautiful daughter Kaya run Rise Up with the mission to make sure everyone who comes has the most amazing experience possible. In many ways it is really just the beginning of Rise Up after 10 years of evolving. There have been many ups and downs, yet they are more motivated than ever to take Rise Up to new heights.

The Rise Up Staff are each very carefully chosen as an extended part of the family and are what make Rise Up so special. Before each retreat, it is common for he staff to get together and discuss how they’ll make each week amazing for their guests.

In 2018, Phil and Corina started retreats in handful of carefully select destinations that they feel a personal connection to such as Costa Rica, Guatemala, and Barbados. These retreats offer the same Rise Up vibe but in a unique destination.

The dream is to see Rise Up continue to be a place where everyone feels at home—where guests know they’ll always be treated like family and be guaranteed a high level of care and service that is hard to find. Guests who choose to join us year after year enjoy one of the best well rounded vacations on the planet where they get to learn, be inspired, connect with themselves, connect with others and connect with this amazing natural world in which we live. We are looking forward to welcoming you to our growing familia! 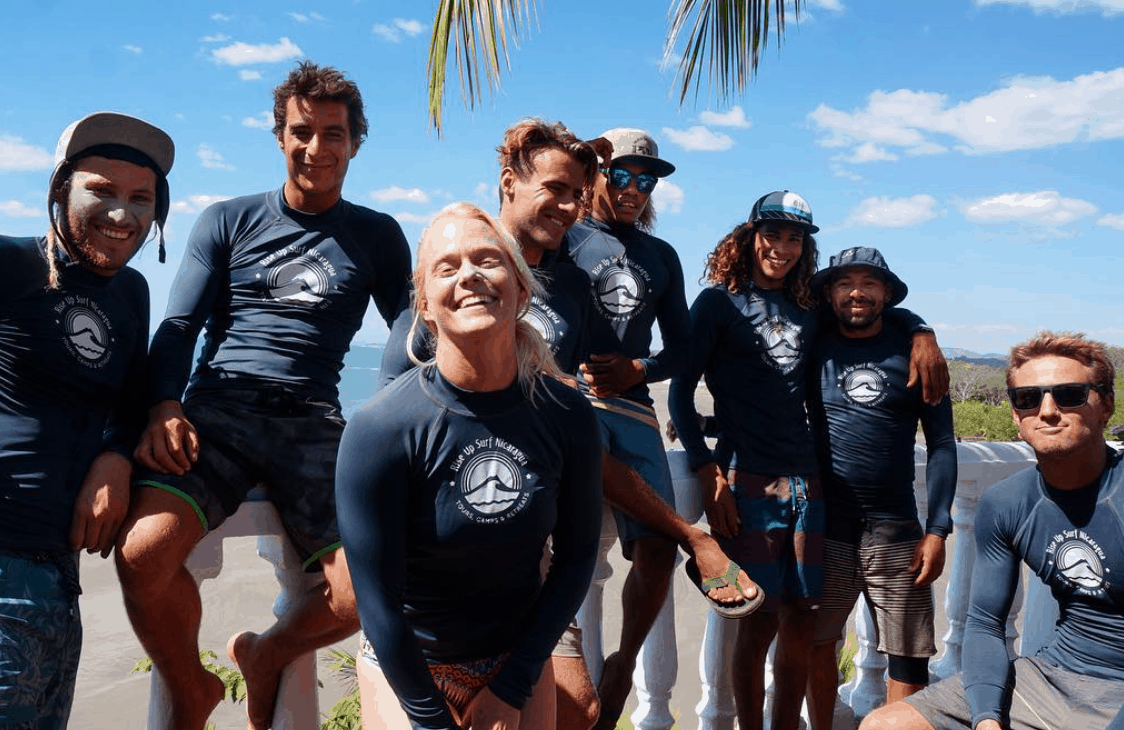 A Tranquil and Secluded Surf Retreat in Northern Nicaragua

A Journey to The Jungle Fringed Beaches of Southern Costa Rica

A Surf Experience with A Laid Back Spirit and Good Vibes

A Paradisal Escape to A Magical Caribbean Island 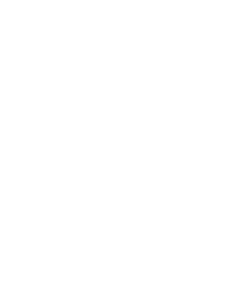